Top 5 Causes of Infertility and Their Cure

The Pill: How Ill-Informed Use of Oral Contraceptives Can Destroy Your Body

Top 5 Causes of Infertility and Their Cure

Infertility is very common in women owing to lifestyle or medical conditions. The condition of infertility is considered if a woman is incapable of conceiving after at least one year of efforts. The Indian Society of Assisted Reproduction’ reports claims that about 10 to 14 per cent of the Indian population suffers infertility. According to the same report, it is proved that one out of six couples living in urban areas face infertility.

The main conditions of infertility in women are ovulation problems, endometriosis, PCOS, poor egg condition, tubal issues, and much more. Some lifestyle issues like obesity, smoking, consuming alcohol, can also lead to infertility.

The determination and treatment of infertility can get very lengthy as well as emotionally challenging. People often get conclusive and impatient if they do not witness the immediate results. Hence, it is important to understand the causes and treatments related to the condition.

In this case, the endometrial tissue lining the uterus grows at the pelvis and the bleeds in a similar way as the lining. It may cause irritation and inflammation in the part and futures lead to the adhesions in the pelvic structure. The most common symptoms of the condition are pelvic and abdominal pain. It damages the ovaries and causes problems during pregnancy. Women suffering from endometriosis suffer a lot of pain during intercourse and can be reluctant to it, reducing the chances to conceive.

Eggs are blocked from passing the uterus and meeting the egg by the damaged fallopian tubes. The standard symptoms concerning tubal blockages other than the inability to get pregnant. The man causes of tuba blockages are sexually transmitted infections (STI) that leads to pelvic inflammatory diseases (PID). In some rare cases, the egg might get fertilized outside the uterus that is life-threatening to the lives of both, the mother and child.

The condition mainly occurs in the females who are of reproductive age and the major sign is an irregular menstrual cycle. During this condition, the ovaries produce an excess of testosterone, a male hormone. In addition, the levels of follicle-stimulating hormone (FSH) is reduced. The ovaries are unable to release the eggs and instead filled with fluids that further become cysts.

The conditions occur in women, who are in their late 30s and 40s. In this condition where they develop chromosomal abnormalities and hence cannot sustain the pregnancy. The condition is triggered due to the less amount of healthy eggs and ovaries inability to release the eggs.

Being excessively underweight or overweight can act as an obstacle from conceiving. Due to this women can face irregular menstrual cycles and problems with ovulation. In the case of obesity, women have higher chances of miscarriage as well as other complications.

There are three types of treatments that cure the condition of infertility viz. Fertility drugs to stimulate ovulation, surgical procedures to improve fertility, and Reproductive assistance.

Clomiphene citrate: It is an oral medication that makes the pituitary gland to release more follicle-stimulating hormone (FSH).

Letrozole: This drug has the same effects as clomiphene and it is less frequently used as its success rate during early pregnancy is not definite.

Bromocriptine: This medication boosts dopamine when the problems occur when the pituitary gland produces the excess of prolactin.

Hysteroscopy or Laparoscopic Surgery: It corrects the abnormalities in the abnormal uterine shape. It also eliminates endometrial polyps and fibroids that affects the uterine cavity, pelvic or uterine adhesions.

Tubal Surgeries: The blocked fallopian tubal are dilated and an opening for a new tubal is created through this surgery. It is also used to remove the adhesions to improve the chances of pregnancy.

Intrauterine insemination (IUI): Plenty of sperms are placed inside the uterus when the ovulation is near.

Assisted reproductive technology: Mature eggs are retried and placed with sperms, once fertilized the embryos are again transferred into the uterus.

Infertility issues or facing problem in conceiving is no more incurable. With the advent of technology and newer techniques in medicine, this treatment has also led to a more predictable result and has become affordable as well & is now within the reach of the common man. Today Pune boasts of such world-class facility in its backyard under one of the most renowned obstetricians, gynecologist and laparoscopic surgeon Dr Vaishali Chavan, who is working tirelessly in bringing smiles to childless faces. She can be reached at 9850058408 for any query regarding this. 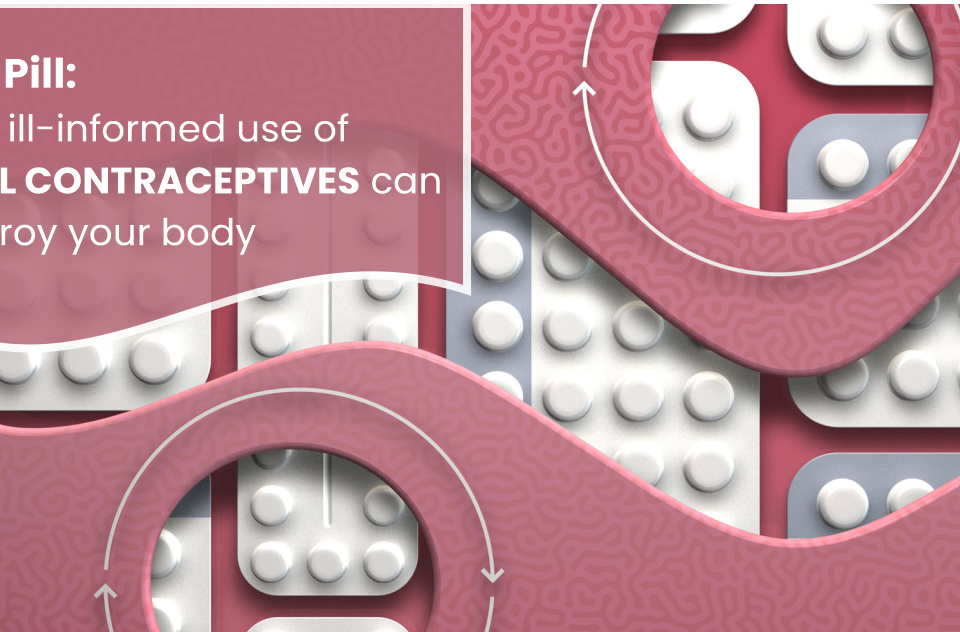 The Pill: How Ill-Informed Use of Oral Contraceptives Can Destroy Your Body